How does one become an influencer?

Influencers arouse real enthusiasm among the public: 34% of the French population follows at least one influencer. This figure even reaches 53% among the youngest, the 15-24 years old age group.1 In front of this growing success, many people say to themselves: “Why not me? “. Yes, indeed, why not you? So how does one become an influencer?

We often mix the terms of blogger and influencer. There is one nuance: bloggers do not systematically become influencers, but the majority of influencers are bloggers. However, some influencers, especially those on Instagram, use only pictures to express themselves. Their social accounts are not backed by a blog, they interact with their community through Instagram photos and stories.

From blogging to influencer, a classic evolution

For bloggers, the key moment that changed everything goes back to the birth of the web 2.0, when people started to move from being mere users to content producers. The opportunity was too good to escape from the most advanced internet users. The first blogs started to appear, held by some enthusiasts wishing to speak on their favorite subject. Since digital tools overcome the obstacles of the physical world, blogging sometimes reveals real talents, who had no way to express themselves before. The development of social networks did the rest, significantly increasing the visibility of these bloggers, and give them the opportunity to build a community: the first influencers emerged.

The audience, the keystone of influencers

The influencer can not exist without an audience. The latter is built step by step and consolidates itself as its development progresses. The acquisition of a large audience, in the hope of making money or gaining a media presence, can not be the sole ambition of the influencer. The goal, above all, is to treat a subject that fascinates him or her while building a community in the long run.

What is the ideal profile of an influencer? 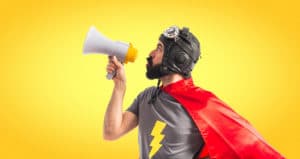 Passion, originality and sincerity constitute a base of qualities essential to succeed in the influence sphere. Elected by his peers, the influencer is not a perfect star, made from scratch, but an authentic and perfectible person, to which members of his community can easily identify. The influencer can not exist without them, hence the importance of maintaining a permanent link with them and not disappointing them. It is useless to try to reproduce the recipes of a successful influencer, because, in a very formatted world, originality is perceived as a rare quality, one that be very rewarding. The influencer must be active and constantly monitor his field of activity, relay interesting news, follow trends, give tips, exchange ideas, launch debates … There is no dead times in the life of an influencer!

How to become a professional influencer?

When the blogger manages to build a sufficiently important community, he can be qualified as an influencer, he can then professionalize his activity. In fact, rare are the bloggers who really manage to make blogging a real job: only 11% of bloggers are professionals.2 But the interest of becoming an influencer is not limited to a purely financial aspect. For some, being an influencer is part of a logic of personal development, talking about a subject that fascinates them and sharing points of view with other fans is a real source of fulfillment. For others, it is to highlight their professional activity, for example through a corporate blog, or to enhance their career. Influencers can be present on several channels, but they usually have a network of choice, chosen according to their personality and their objectives: Facebook, large generalist network and multifunction, Twitter, favorite of the press and media, Instagram, the picture network, or LinkedIn, the preferred platform of entrepreneurs.

The success of influencers is such that it encourages brands to develop partnerships with them. This phenomenon goes back some ten years ago and goes hand in hand with the development of the first social networks. Luxury brands have initiated the trend by identifying influencers as partners to reach new customers and grow their sale numbers. For the influencer, the interest is not only financial, it can benefit from the reputation and visibility of the brand. He must, however, remain vigilant when committing himself, because he must not give the impression of betraying his community. To maintain all its credibility, it will have to choose partners compatible with his or her theme, sector of activity, values, editorial line, aesthetic choices, etc. These forms of partnership, based on the principle of giving and giving back, are also the most fruitful for both the brand and the influencer.

Previous How to expand your LinkedIn community?
Next How to create an editorial plan?